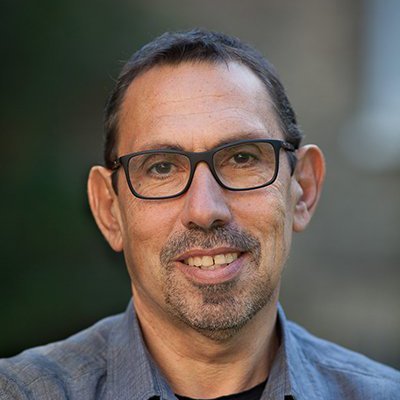 Tony Kouzarides is Professor of Cancer Biology at the University of Cambridge. He is founder/director of the Milner Therapeutics Institute and deputy director of the Gurdon Institute.

Tony did his PhD at the University of Cambridge and postdoctoral work at MRC Laboratory of Molecular Biology and New York University Medical Center. His research group at the Gurdon Institute is focused on epigenetic modifications and their involvement in cancer.

Tony is founder/director of Cambridge Gravity, a philanthropic vehicle for science at the University of Cambridge. He is the founder of a cancer charity “Vencer el Cancer” (Conquer Cancer) based in Spain. He is on the Scientific Advisory Board of the Institute of Cancer Research (UK) and the Andalucian Centre for Molecular Biology and Medicine, CABIMER (Spain).

Tony has been elected member of the European Molecular Biology organization, is a Fellow of the British Academy of Medical Sciences (FMedSci), Fellow of the Royal Society (FRS), Fellow of the American Academy of Arts and Sciences and is a Cancer Research UK Gibbs Fellow. He has been awarded the Wellcome Trust medal for research in biochemistry related to medicine (UK), the Tenovus Medal (UK), the Bodossaki Foundation prize in Biology (Greece), the Bijvoet Medal (Holland), the Biochemical Society Award Novartis Medal and Prize (UK) and the Heinrich Wieland Prize (Germany).